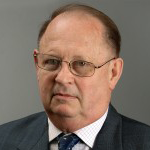 Macmillan has published numerous articles and books on organizational politics, new ventures and strategy formulation and execution. His articles have appeared in the Harvard Business Review, the Sloan Management Review, the Journal of Business Venturing and others. His latest books, The Enterpreneurial Mindset, and MarketBusters, were written with Rita McGrath.