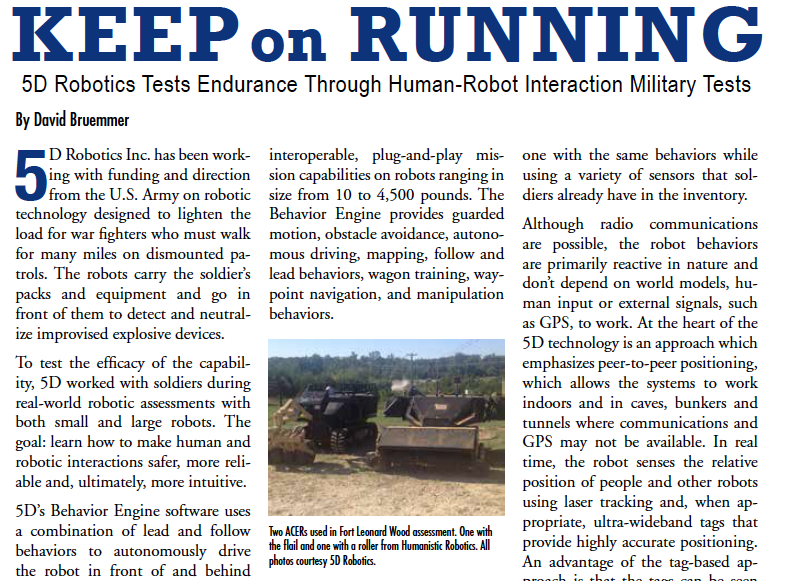 HRI’s Dismounted Protection Roller was used by 5D Robotics and is featured in May’s AUVSI Unmanned Systems Magazine article on human-robot military testing of robot endurance and the ability to lighten the load.

“In Fort Leonard Wood, two Mesa Robotics Armored Combat Engineer Robots were used together in a variety of route clearance exercises where the soldiers were permitted to try various configurations and formations of the soldiers, vehicles and sensors in order to accomplish the mission. The assessment involved 32 combat engineers who had been trained to accomplish mine detection and IED defeat operations. At their disposal, soldiers had two ACER robots, a removable flail made by Mesa and a mine roller developed by Humanistic Robotics.”

For media requests and other inquiries, please contact us.
Get in Touch