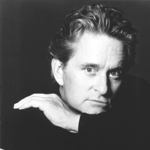 An actor with over thirty years of experience in theatre, film and television. Michael Douglas branched out into independent feature production in 1975 with the multiple academy award winning “one flew over the cuckoo’s nest”. Since then, as both an actor and producer, he has shown an uncanny knack for choosing projects that reflect changing trends and public concerns. He earned an academy award for best actor in “Wall Street” and has been involved in such controversial and politically influential motion pictures as “cuckoos’ nest” “The China Syndrome” and “Traffic”, and such popular films as “Fatal Attraction” “Basic Instinct” and “Romancing the Stone”. Douglas also has an impressive history of social involvement, committing his time and resources to important efforts in the field of disarmament, education, the environment, the arts, health and human rights. In 1998 Douglas was named a messenger of peace for the United Nations by Secretary General Kofi Annan. His work with the UN is focused on the areas of Nuclear Proliferation and small arms control.