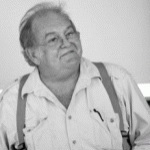 Tip Sempliner is an Adjunct Professor at Pratt Institute, and has been teaching the Production Methods classes in the Industrial Design department for over 15 years.

Sempliner had varied work experiences early on in his career: he was a Designer at Dorwin Teague and later rose to the position of Vice President. He was President of Construciones Sempliner in Spain for three years, before founding Chelsea Design Associates in New York. Tip’s relationship with the Pratt Institute began in 1969 when he was the assistant to Professor Gerald Gulotta, a literacy instructor. In 1994, he returned to Pratt Institute as a Visiting Assistant Professor in the Design Management Department. Beginning in 1995, Tip developed and taught two Production Methods courses for the Industrial Design Department. He is recognized for his vast knowledge and experience in all areas of design and manufacturing.

Tip is an extraordinary inventor and designer: holding over 35 US patents; he has won several awards including the 1st Prize at the Popai Show for his Vacuum Coffee Dispensing System. Throughout his career, he has worked on a large variety of projects in several different fields including architecture, packaging design, exhibit design, point of purchase, and of course, industrial design.